The problem of PS4 turns on automatically appeared in 2014 for the first time. After that, many users face this issue that their Playstation boots up by itself from sleep mode. Most of the users reported that this problem happened after the system software update.

There are several reasons which can cause PS4 to turn on by itself. This issue occurs mostly after a software update or due to faulty buttons on the console or remote control. However, this issue can be resolved by rebuilding the database or resetting the PS4 in most cases.

The issue varies in each console. In some cases, the PS4 turns on by itself and ejects the disc. Sometimes, PS4 randomly boot up and go into the safe mode. And one funny case is that it starts controlling itself without taking input from the PS4 controller from the home screen.

If you face such issues, then don’t worry. Because in this guide, we have summarized all the solutions for such types of problems.

Why does the PS4 randomly turns on by itself?

As discussed above, there can be several reasons for such type of issue. It can occur after updating system software. The eject button of the console has a rubber casing which can also cause a hindrance in its function. This problem also happens when automatic updates are on.

We know that this problem can happen either by software bugs or hardware issues. So, keeping in mind all the possible reasons, the solutions are given as follows:

After these steps, the auto-update feature will be disabled. Now, check if this quick fix acts as a solution for you or not.

(NOTE: You don’t need to disable Application Update Files, because it updates only when the PS4 has the power on.)

Sometimes PS4 turns on itself because of some software bugs. In this case, you need to update your software or reset your device. For updating the software of the console, firstly ensure that you have an active internet connection and PS4 is connected to it.

To check that, go to Settings > Network > Test internet connection. After that, follow the given steps to check for software updates:

If the update is available, then install it. Otherwise, it will show you a message “The latest version of the system software is already installed”.

3. Check all the buttons

The Sony PS4 has buttons on its console as well as on the remote. This problem can also happen if any button on your PS4 system is faulty. Check for all buttons of the console and DualShock controller.

If you see any of the buttons is pressed constantly, then try to repair it by repeatedly pressing it.

Sometimes dust also accumulates in the buttons which malfunctions them. So, try to clean all the buttons of the PS4 with some soft brush. After that, check if this quick fix solves the issue or not.

If you have tried all the above fixes and nothing works for you, then don’t worry. Because we have many solutions still left to try. To overcome the software bug, we can rebuild the database of PS4. It will also improve the overall performance of the PS4.

To Rebuild the database, you have to boot your PS4 in safe mode. So, follow the given steps for a successful process:

This process will take some time depends on the storage size. After completion, the PS4 will turn on automatically. This method will not affect your data or games stored on the disk. So, no worries!

5. Initialize PS4 to fix the problem

If rebuilding the database has not solved your issue, then there is a possibility that some of the software files are damaged. Therefore, resetting your Sony PS4 can also solve this issue.

One thing to note is that initializing your PS4 will remove all the data and games installed on the console. So, make a backup of your data if you need it in the future.

Before initializing, you need to boot your PS4 in safe mode. For initializing your PS4, follow the steps listed below:

The whole process will take some time to complete. After successful initialization, the system will turn on by itself. Now, set up the PS4 and install your games. Now, check if this quick fix has solved your problem or not.

The PS4 randomly power is an issue that occurs when you don’t properly turn off your PS4 and leave it in rest mode. In this state, there is a high chance of damage to the PS4. An unstable voltage level can also cause problems in your PS4 system.

So, always turn off your PS4 from the power menu or by pressing and holding the power button for at least 7 seconds. Don’t plug off the power cable during operation.

The PS4 console has an eject button for using a disc in the CD-ROM. This button also has a rubber casing. Sometimes this rubber interferes with the normal working of PS4 because dirt accumulates in it.

So, it is advised to remove this rubber case from the button. After that, check if your problem gets fixed or not.

If you have tried all the above solutions, and nothing has fixed the issue, then your PS4 may have some serious issues. In such a case, we will suggest you take your PS4 to some professional for repair or contact customer support.

Why did my PlayStation turn on by itself?

PlayStation turns on by itself if automatic updates have been enabled in settings. Software bugs are also one of the reasons for such glitches. You can fix this issue at home by disabling automatic updates or in some cases by rebuilding the database in safe mode.

What does it mean when your PS4 goes into rest mode by itself?

How do you know if your PS4 is overheating?

PS4 console has a dedicated fan inside the case to prevent overheating. If your fan is operating unusually like it’s making noise or running at high speeds, then this is the sign that your PS4 is overheating.

To fix this issue, clean the fan blades or keep the console in a well-ventilated environment.

Why is my PS4 randomly shutting off?

Your PS4 turns off randomly because of overheating or power outlet issues. There is also a possibility that your power cable has got damaged. So, to fix this issue arrange proper ventilation and check the power cable and power outlet, switch, etc.

In this post, we have discussed all the possible reasons of PS4 turns on randomly. The major reason behind this type of issue is software bugs.

These bugs can be removed by implementing the solution explained above in detail.

Hope this article has provided you a solution to your problem. If not, let us know in the comments below and we will do our best to assist you. 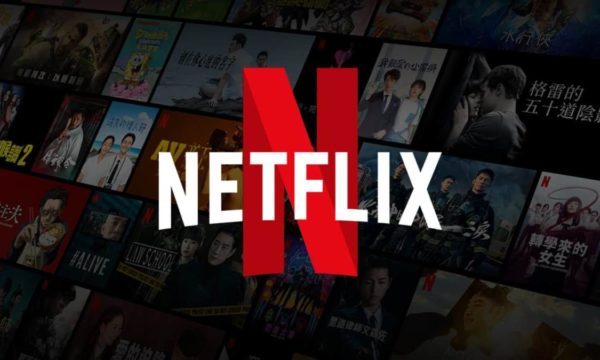 PS4 Keeps Disconnecting from WiFi: How to fix WiFi Connection Drops Randomly in 2022