Skip to content
Gaming, How To, PC Gaming, Troubleshooting

What is the worst thing that can happen to gamers while they are playing? It is a hindrance in the video game due to GPU issues. This is both annoying and takes out all the fun from gaming.

The low performance of a GPU can cause the usage of GPU to drop to 0 during gaming. If you are running any graphics-intensive programs on your system, the usage of the GPU should be at least 99% or even better, 100%. This is the best usage you can get out of your GPU.

Usage below 99% or 100% can cause a low GPU usage problem in your system. This usually happens when the GPU is not working at its highest capacity. Hence, the resources of the GPU are not being utilized completely. Thus, leading to the GPU usage problem or GPU usage drops to 0.

I have dealt with this problem quite a few times and tried various methods to solve it. I will list the causes and fixes of this issue below for your understanding. Hope it helps!

First lets understand the functions/roles of GPU. What is it and what does it do before we can understand and fix usage drops.

A GPU or the graphics processing unit alters the memory or sometimes manipulates it. This is done to increase the speed of image creation. The images that are created are then sent to the display screen for the users. GPUs are used in mobile systems, gaming consoles, personal computers etc.

The GPU acts and aids the computer system in every task that is being performed. GPU is working continuously from gaming, video streaming, and file editing to simply browsing the internet using an internet browser.

Graphics Processing Unit can work without having to route the data through the CPU to the RAM of the system. GPU does this with the help of VRAM. Due to this reason, the GPU was first named the Graphics Processor Unit in the 1970s. And also owing to its ability to function independently from the RAM.

Causes and Fixes of GPU Usage Dropping to 0

There maybe several reasons for the usage of GPU to drop. Some of these reasons are:

It may be hard to believe but sometimes the issue may not lie in the GPU or your system at all. Many games are designed such that they are CPU dependent. Since the optimization etc. takes up a lot of the resources, it leads to low usage of GPU.

To fix this you will have to rely on updates from the game developers or patches designed specifically to fix this issue. These issues are common in video games like Skyrim, Overwatch, Bannerlord, and Dragon Age Inquisition to name a few.

GPU Overheating is a common issue in many systems. This can happen for many reasons like overclocking, inadequate supply of air or improper ventilation, poorly functional fans etc.

Ventilation is extremely important in the maintenance of a GPU’s temperature. Poor ventilation causes the system to heat up quickly, thus dropping performance.

For this purpose, you have to make sure that there is no friction or extra hindrance in the ventilation system of the GPU. As this may be blocking the proper movement of the fans.

It is better to keep the clocking rate in check. Do not increase it. Increased clock rate for prolonged period of time will definitely affect GPUs usage.

If the fans are not functional in the GPU, it is very likely that your GPU will overheat pretty quickly. Fans are quite essential in the GPU to maintain its temperature and it is a better practice to check the fans regularly.

Make sure that they are fully functional and replace the faulty fans as soon as possible.

The game launcher optimization for full screen is a feature that is available in most GPUs. When enabled the feature forces GPU to optimize the game further based on the full screen. This may be causing the GPU to work more than it normally does.

Most issues with stuttering and GPU usage involve the display settings and resolution of the system. So, disable this feature by going to the settings in the game launcher. You can also fix it by right-clicking on the game shortcut on the folder you have your game.

Exploit protection is a Windows feature that helps in protecting the windows against certain malware. The malware that uses exploits to spread and infect the system or certain apps.

If the feature of control flow guard is not active for an app or game that is causing the GPU usage to drop, it may get difficult for the GPU to maintain its usage. For this purpose, do the following steps,

5. An issue with the GPU settings/priorities

The graphics card come with some default settings and priorities set for them. These settings are set by your vendor. Unless you have deep knowledge of your system and the things you are doing, it is suggested to not play with these settings.

You can download the NVIDIA profile Inspector and change the settings for multiple profiles of the NVIDIA display drivers. It is an open source third-party app.

As I have mentioned before, sometimes the issue lies in incorrect optimization of the game or features. Like the screen resolution that may be causing a drop in the usage of your GPU.

The game’s settings account for its performance like any other software or device. To fix this issue,

8. Power Supply Can be Underpowered for Your System

A low powered or underpowered PSU can lead to a drop in the usage of your GPU. This happens because the power supply does not have enough power to transmit to the GPU and the CPU. Hence, both of these components will face difficulty in functioning properly.

Adequate and efficient power supply is extremely important for your gaming system. Also, check the connectors of the PSU by using a multi-meter.

At times, the issue does not lie with the game or the GPU at all. The real problem is with the CPU. This means that the CPU does not have enough power to support a strong GPU.

You really want to avoid both situations. To do that, it is best to pair compatible CPU and GPU in terms of their strength. For CPUs 60 to 70 Percent of usage is acceptable while for GPUs it should be 99 to 100 percent.

A tool to check the usage of these components is MSI afterburner. You can use it to check for the usages of your respective devices.

SLI and crossfire both are used for the same purpose. They both can distribute the graphics load between multiple graphics cards.

The drivers that are being used in the GPUs account for the software functionality and capability of the GPU. Using outdated or faulty drivers can affect the working of your system.

However, having the latest drivers is not the solution to every problem. This means that latest drivers cannot guarantee a problem free environment. Sometimes having a new driver can become the reason for the droppage of your GPU’s usage.

If this happens, go back to the previously functional drivers. Make sure that you completely uninstall the previous drivers. You can do it by installing DDU. It is the uninstaller for drivers of the GPU.

Use this tool and revert back to the drivers that acted normally on your system.

GPU is an integral part of your computing and gaming experience so it is important that you look after it. Its health and life can be assessed by checking for its temperature and the usage.

In case the usage of your system drops to 0, know that the GPU is not working properly. To fix this issue, first understand the cause of your problem then move on to the solution. Once you diagnose the problem with your GPU, one of the above fixes will surely and hopefully treat the problem.

Is it fine if GPU usage is 0

GPU usage should not be 0. It means that the resources of the GPU are not being utilized. This results in an fps drop and stuttering in games and other programs that are GPU-dependent. This issue should be solved first hand.

Why does my GPU usage fluctuate?

GPU usage may go from 0 to 100 and vice versa. This may happen due to the faulty delivery of the CPU. This means that due to the CPUs inability to completely deliver to the GPU, its usage fluctuates. As it goes up and down the fps also drops. The problem here is the CPU.

How to force high GPU usage?

This can be done by going to the settings of your GPU system. For instance, in the NVIDIA’s GPU, you have to go to NVIDIA control panel on desktop and choose settings. There in the power usage setting, choose maximum power. 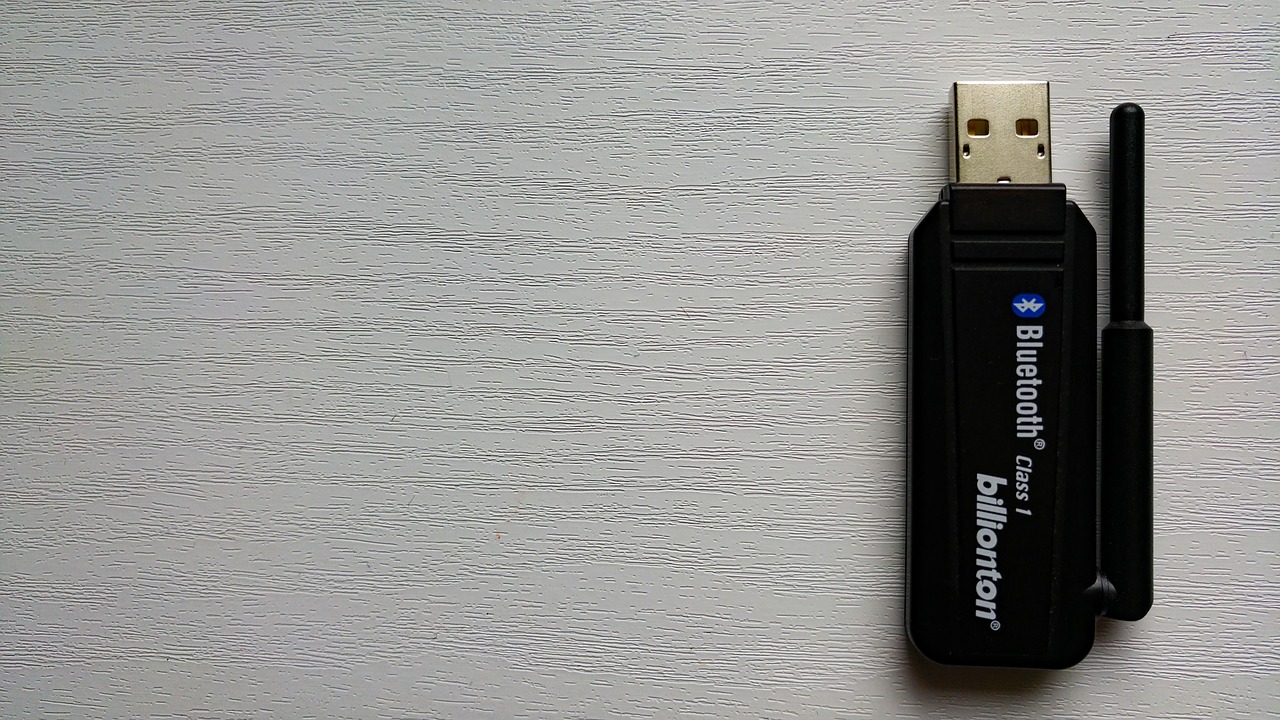 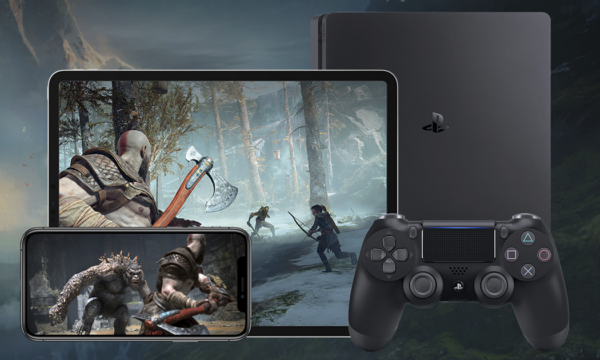 PlayStation Party Chat on PC – How to Setup, Join and Talk to PS4 players 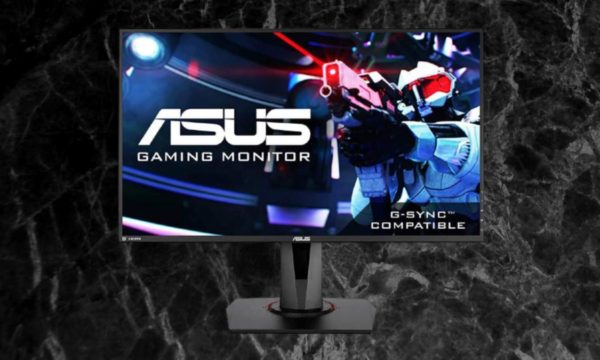 Discord Stereo Mix: How to use Stereo Mix on Discord in 2021

PS4 Keeps Disconnecting from WiFi: How to fix WiFi Connection Drops Randomly in 2021