Does your system get too hot while playing heavy video games? Are you looking for cooling fans to buy but also wanna have a colorful and unique RGB/ARGB one? Here I have listed for you the 7 best Asus Aura compatible fans.

Asus is one of the best and known brands for gaming. They produce high-end gaming laptops and PCs for demanding video games that require high computing power and graphics. It’s a reliable brand and is very popular among the gaming community.

Gaming enthusiasts have a thing for having a gaming system that has a cool visual display. RGB and ARGB fans not only cool the system and provide exhausts for heat, but they also give appealing visual displays. Asus has developed a software, Aura, that is used to control all the LEDs for visual displays on the system. But for that to work for fans, you need Aura Sync compatible fans.

So what’s the best RGB fan from all? Our pick is the Deep Cool CF 120. It has an amazing airflow and static pressure and is considerably quiet even at high RPMs. The fans come with lots of accessories. And the splitter cable allows the connection of more than one fan to a single ARGB header.

Lets dive into each one and find why they are my top picks.

This RGB fan is the latest development to the specter fan series. Developed in cooperation with Asus, it is aura sync ready and will start working right upon installation.

It’s based upon the same technology as other BitFenix fans. So, it matches with them and is also compatible with BitFenix’ RGB controllers.

The fan blades are designed so that the airflow is more focused and cool air is able to reach the components of the system. The blades are also reinforced and can resist warping at high speeds.

These fans have a patented frame design that works great in keeping the essential components of the system cool. Each fan is equipped with 18 LED lights a brighter region. These lights illuminate all three directions instead of just outward and inward.

The lighting part is rig shaped around the fan and not on the entire fan. A wireless controller allows you to navigate through up to 100 different lighting effects. You can adjust brightness, colors, and lighting patterns using the controller.

In addition to Aura Sync, these are also compatible with MSI, RGB Fusion, and Polychrome.

These also have a ring-shaped lighting region around the fans. The blades are larger and the frame is thinner which offers a greater surface area to produce more airflow and better air pressure.

In the center, the fan has holes for ventilation to keep the bearing cool. This increases the fan’s lifetime. The black color of the blades contrasts well with the illuminating ring of light all around.

The fans come with four small rubber pads placed all around. These pads increase stability and reduce vibration effects. The fans are compatible with Polychrome sync, MSI, RGB Fusion as well as Aura sync.

One of the most silent Asus aura compatible fans available in the market. These light up completely with different illuminating colors. These are equipped with 12 LED lights which are independently programmable.

The speeds of the fans are controlled efficiently by the motherboard as the temperature varies. These are also compatible with Aura Sync, MSI, RGB Fusion, and Polychrome sync.

One of the coolest features of these fans is that they come with a splitter cable. The cable has four spots. If your motherboard has only one ARGB header, you can still connect more than one fan with the cable, and then the cable can connect to the one ARGB header. This still leaves one spot which can further be utilized to connect more fans.

These Asus aura sync compatible fans come with 12 LED lights which can be separately controlled. These can offer up to 16.8 million colors. Nine blades with unique designs offer greater airflow without increasing noise levels.

These have a hydraulic bearing that self-lubricates with reduced friction and noiseless operation. The anti-vibration rubber pads protect the fans from all sides.

The coolest feature of these fans is that you can control them with your voice. With the TT RGB PLUS App, you can simply say ‘Hello TT’ and start adjusting the settings. You can tell it to turn ON or OFF the lights, switch colors, adjust the speeds, and dim the lights.

These fans give some of the best visual displays. In particular, the halo in the middle looks great. The addressable RGB allows full customization and so your system can have the ideal theme.

The unique design of the blades, a mix of a jet engine and helicopter blades provides a better air pressure to keep essential components of the system cool.

These fans have rubber pads along with other sound-reducing technologies to keep noise at the minimum. Also, to prevent cables from being pulled by the fans during operation, these have smart fan sensors.

These are certified Asus aura compitable fans. They are also compatible with Polychrome and MSI.

These Aura sync fans have a dual aperture which enables RGB displays on both sides. The fans come with 18 independent RGB LED lights which form a ring all around. Each LED bead is capable of producing various lighting colors.

These Aura sync RGB fans can produce up to 16.8 million customized colors and are also compatible with MSI, RGB Fusion, and Polychrome sync.

These are the 7 best aura sync RGB fans out there and they work great. Look for the one that suits you best and matches your PC theme.

What is Aura Sync?

Aura Sync is a software provided by Asus to control the LED displays of aura sync compatible devices. It provides many different colors and even enables synchronize colors with music, temperatures, and in-game action.

What are RGB and ARGB?

What Should a Good Cooling Fan Have?

A good cooling fan should have high speed but should also make very little noise. It should have good airflow and air pressure so that the cool air can reach the essential components of the system.

What Does RPM Refer to?

RPM stands for revolutions per minute. It is a unit for the angular velocity of a body. The more RPMs of a fan, the more is its rotational speed.

These are the 7 best aura sync fans available. Each of these offers different features and have their own pros and cons. I have listed the good things and the not so good things about each one to help you decide.

Choose the one that suits your system theme and matches with any other fans or devices on your System. 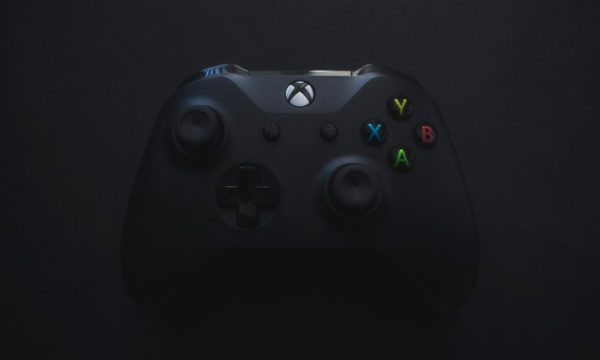 21 Best Laptops for Programming Students in 2021